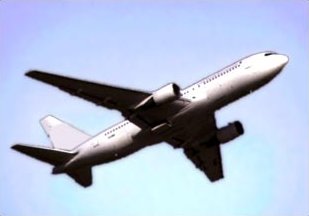 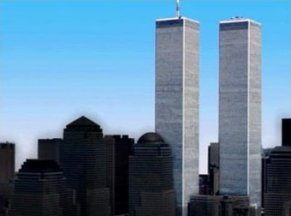 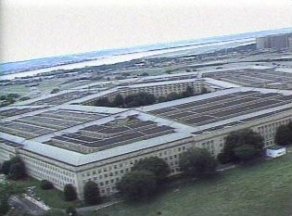 To: BearCY@BearCY.com
Subject: Further to my previous email…

Just wanted you to see one of the US e-zines that is promoting peace, not war:

Michael Albert wrote:
Hello,
During September we are mailing to ZNet's 50,000 Free Update Recipients our Daily Sustainer Commentary which usually goes only to our Sustainer Program members.
If you don't want these mailings you can turn them off for the month at the ZNet Top Page (www.zmag.org/weluser.htm).
To learn more about the Sustainer Program and for links that you can use to join it, please visit: http://www.zmag.org/Commentaries/donorform.htm
======

Perceiving the Situation
by Michael Albert

Beyond Bush and his ilk predictably trying to use calamity to propel their reactionary agendas on every front they can, from repressive legislation about eavesdropping, to military expansion, and even to tax policy – it is certainly also true and must be faced that many citizens are in a violent mood, suggesting all kinds of anti-civilian acts. So many that it feels overwhelming.

But how many U.S. citizens who are advocating bombings realize that the people of Afghanistan already live in a horrendously war-torn country, made virtually rubble from its war with Russia? How many understand that hunger and the danger of starvation for Afghanistan is so great that a misstep at this juncture – for example, cutting off all outside food aid, even without bombs – could cause not thousands but literally millions of innocent deaths by starvation? Not many of our citizens, is my guess. When such information is conveyed, how many will hold to the vengeful stance? When it becomes evident that vengeance by assault on civilians is precisely terrorism, that assault on civilians for political purposes is precisely terrorism, how many will want to hold to warring indiscriminately, to being a terrorist? One wonders how many of those working at Ground Zero in NYC would wish military devastation on innocent civilians in another country. Not many, if any, is my guess.

But what is even more promising, is that even in a moment of great pain and mourning, even at a time of national rallying, even when all public pressures cry for war, even before there has been opportunity to counter media madness and government manipulation with valid argument and evidence, even now many and probably most people are already wondering at least somewhat about the wisdom of Bush's stance, and are even contemplating such unspeakable conclusions as that the cure for terrorism is not more and even greater terrorism, and that the cure for fanaticism is not to dispense with civil liberties.

I think there may be a tendency afoot among many activists, totally understandable, to see the great outpourings of nationalism and to be pessimistic beyond what evidence warrants. Yes, the events have been horrible in their immediate impact, of course. And yes the hypocritical willingness of Bush and others to try to parlay pain into more suffering in different forms, and even into more terror, has been stunning and terrifying. But there are good signs too – not solely in the humanity of the massive outpourings of sympathy, but also in the opposition to race hatred against Arabs that has erupted as quickly and perhaps more pervasively than the reverse, and in the almost instantaneous emergence of both reason and activism regarding war prospects.

Thus I want to share with you information from a communication from Portland Oregon. The letter writer communicates that:

"Today we had an anti-war demo in Portland. Like so many of you have expressed, I too have felt that we are heading into a very dark time for activism, no less radical politics.

"Now, Portland has seen a fair amount of activism lately – events large (1500+ for this year's May Day march, which had a permit taken out by the City Council because organizers refused to get one and the city didn't want to arrest everyone) and small (40 radical activists and union brothers and sisters shutting down the Port of Portland and delaying the offloading of an Italian vessel in protest of the G8 police rioting, a picket line which the longshoremen refused to cross, setting off similar actions as that ship proceeded along the west coast).

"I say all that for context, because I reckon things are a bit «better» here for that sort of activism than in many other communities around the country.

"Having said that, this was the largest demonstration I've been to in Portland since the Gulf War! Organizers were able to do a pretty good count as we were walking along a narrow area, and there were at least 2600 people there to speak against the incessant beating of the war drums.

"Nobody could believe it. Everyone (strangers I talked to, acquaintances I talked to) had been feeling very isolated and had taken on a very bleak attitude about the future of «the left».

"We marched in the streets without a permit, spanning 12 or more blocks. There were no police anywhere to be seen. «This caused some problems, in that they *do* tend to be helpful with traffic control. Ah, well… we did ok without'em on that one too, a few irate drivers notwithstanding». :-)

"Well, 2600 isn't enough to stop the impending war, but it's a far bigger start than anyone expected. All is not lost! Let's not let our gloomy perspectives of the moment, (which are perfectly understandable as we watch the manufacture of consent occur before our very eyes, at breakneck speed) let's not let that gloom turn our very rational fears into a self-fulfilling prophesy.

"Afterward, I went to a «vigil» organized by the Christian Coalition :-( This occurred in the main «public» square in town (semi-privately owned and operated). There were fewer people at this one, but not by much. The creepy rhetoric of right-wing Christianity was toned down, but not by much. At least it was toned down though. We were there mostly in case of needing to protect any victims of the racism seething beneath the surface.

"I stood amidst the sea of American flags, amidst the «rousing» renditions of the great patriotic hits, holding a `Jingoism Hurts America' sign. I got into some rather interesting conversations with people who wanted to know what jingoism meant. I described it as a form of rhetoric using a chauvinistic patriotism to justify an arrogant and belligerent foreign policy. Some nodded and walked away, but many lingered to discuss. My friends and I were only too happy to oblige :-) With some sensitivity, it is possible to clue people in on the activities of the CIA in the overthrow of democratic governments, the institution of autocratic regimes such as the Taliban, and the creation of Osama bin Laden himself.

"I couldn't believe the conversations! Who knows if we did anything. Anyhow, it's not necessarily doom and gloom - let's get back out there and be visible, now!

I got the above letter without a return email address for its author. But here is my reply. Yes, you did something. You did precisely what we all need to be doing. You went out and worked for peace and justice, and you did it without fear and without arrogance, and without presuppositions. And you showed, in the process, what the potential is of such work.